For decades the districts of the Moot have been plagued at night by the foul deeds of an unholy halfling like Warband lead by the nameless one, an unnaturally oversized halfling with just one eye. Whispers of his wrong doings have rapidly spread throughout the Moot from Inn to Inn, Hobbit hole to Hobbit hole with many of the wee folk now weary of leaving the confines of their comfy holes unaccompanied at night.

The origins of Olde One Eye is uncertain and shrouded in mystery. Some folk argue that he was found as a baby floating down a river in a flax basket on the fringes of the Moot by a caring elderly halfling couple who raised him as their own. As he grew into a young hobbit he was ridiculed and mocked due to has gigantic size and resentment of his admiral large appetite and soon turned on those who he had grown up amongst vowing vengeance against them. While others believe that he is a runt or an outcast from the Ogre Kindoms who somehow found his way into the Moot and has been overly enjoying his new found power. Either way the the legend of Olde One Eye grows and more of the underbelly and shadows of the Moot are drawn to join his band which is rapidly growing in numbers and has soon become the number threat to the peaceful life of the Moot.

However; there has been the occasion in dire times of need when the safety of the Moot is threatened the forces of Olde One Eye put aside their differences and fight side by side with their fellow less evil halfling brethren under the assumption that they are having enough fun terrorizing the peaceful folk of the Moot and others should piss off and find their own fun!!!

Ha there you have it, I was bored and figured I would have a go at writing my own "fluff" for the Evil Halfling Warband so people get the gist the of the idea behind the unit. The unit consists of all of the Evilist halflings residing in the Moot including halfling Necromancers, Witches, Vampires, Devils, Skeletons, Zombies, Chaos halfling knights, Wraiths, Cultists, Wizards and even a halfling Barbarian Marauder.....you will be doing well if you can identify every mini in the unit. The level of painting isn't quite up there with my last unit but I think they make up for it in character.

Anyway I hope you like them, feel free to give feedback, share or follow the blog and if you want I can also swap blog links with you. 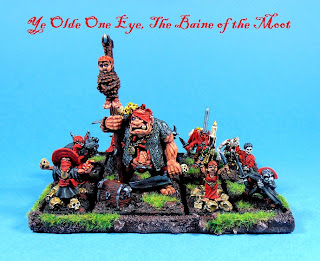 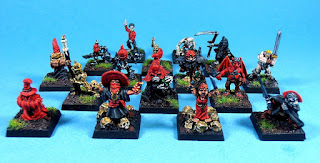 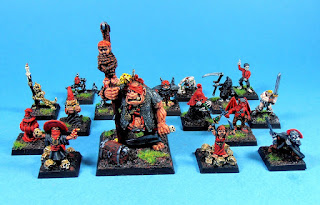 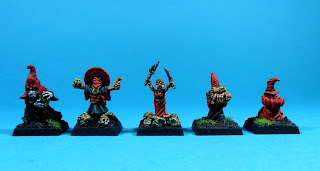 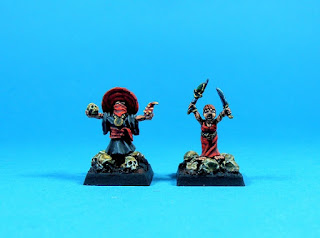 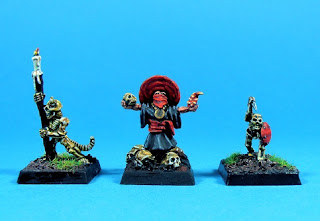 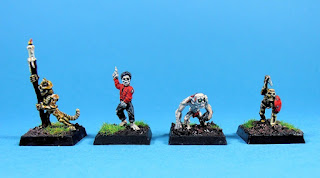 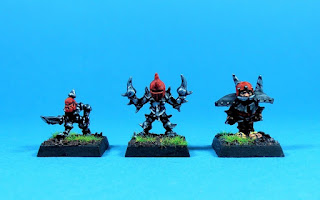 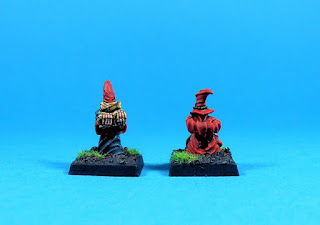 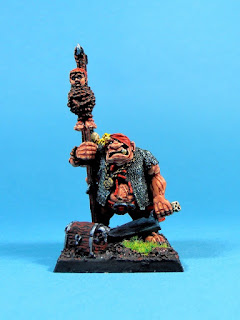 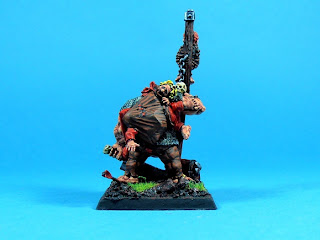 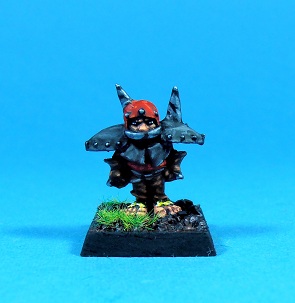 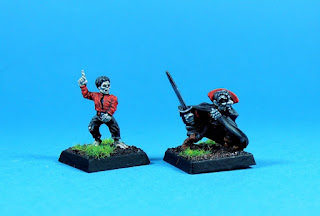 Posted by HalflingHouse at 12:13 AM 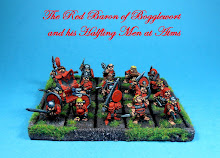 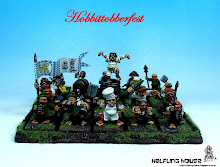 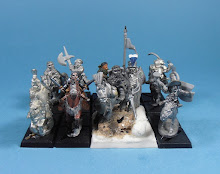 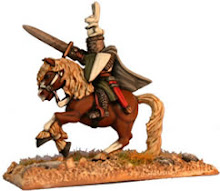